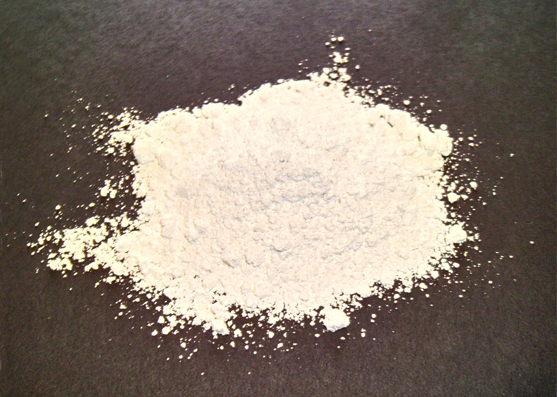 Barium carbonate is a source for barium oxide. Barium oxide decreases melting temperature and glass will be denser. Barium carbonate is a suitable flux for high temperature frit, although additional barium carbonate will lead to unwanted crystallization. Barium oxide mainly can be used in optical glass and lead glass, instead of lime or red lead. Glasses containing barium are not heavy such as lead glass, but they have similar brightness due to the high refractive index. If the glaze firing is done in an oxidation atmosphere, this material may be used instead of lead oxide. Small amounts of this oxide improve the brilliance of glaze, but if amount of this oxide increases more than optimum content, it is opacifier. The glazes containing this oxide are toxic. Although barium oxide creates problems for glaze during firing, but it alters hardness and chemical stability of glaze.
The main advantage of using Barium in compared to other alkaline earth metals in frit or glaze is creation of brilliance on glaze surface. This element plays a valuable role in creating fine matte crystalline glaze. Elements such as barium oxide, titanium oxide and calcium oxide is added mainly to a combination of frit and theirs consumption in raw form is less, because a result of the thermal decomposition of calcium and barium carbonate is formation of gelly-ZnO and cracking of glaze when CO2 gas coming out.
Barium carbonate is added to clays to precipitate soluble salts in the brick, tile, and earthenware bodies.

APA Ceram
Most of barium carbonates which used in the ceramics industry are supplied from china, and APA Ceram Group takes action to import and depots of this product from the best and most reliable Chinese supplier.

Join apa
Login to apa
Reset Password
Enter the username or e-mail you used in your profile. A password reset link will be sent to you by email.